Skip to content
ABOUT US
Our history and our community 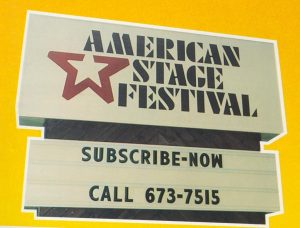 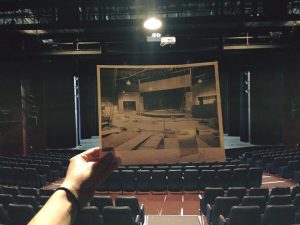 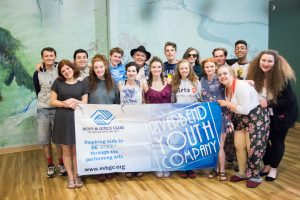 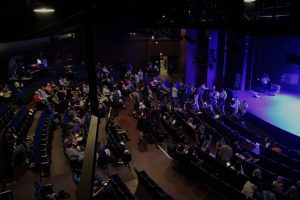 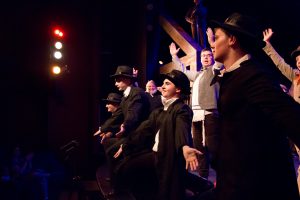 Our theater is much older than the building surrounding it. The stage and structure was built in 1975 as the American Stage Festival, a professional summer stock theater that saw Broadway performers and technicians each year. The ASF was a staple of the arts community, and in addition to the rotation of well-loved musicals and plays, saw the world premiere of shows like Lend Me a Tenor and Starmites before they went on to Broadway stages and revivals.

The ASF closed its doors in the late 1990s, and the theater sat empty for a few years before the Boys & Girls Club of Souhegan Valley purchased it in 2005. Though there was discussion of leveling the existing structure and building a gym in its place, ultimately they decided to build their Clubhouse around the stage and incorporate theater into their core programs. Since then, the stage  has been a defining factor in the BGCSV’s identity, reaching thousands of kids over the years and becoming a second home to many others.

The Riverbend Youth Company began rehearsals for its very first show, Les Miserables, in the winter of 2005 and held its first performance in early 2006…and the rest is history.

RYC, which started with a few mainstages a year in the beginning, now does between 10 and 12 mainstage plays and musicals each year, serving ages 6-18 and impacting more than a thousand local youth from ten surrounding towns annually. Over the years, thousands of children have graced our stage and brought more than one hundred shows – everything from A Midsummer Night’s Dream to West Side Story to The Addams Family – to life for the community around us.

RYC Alumni and Friends of the Amato

As the original Riverbend kids grew older, the company expanded to include student directed plays and musicals, one act workshops, and the start of the Riverbend Alumni Company that performs more mature shows each summer – past performances include The Producers and Anything Goes. Another extension of the Riverbend Youth Company is the Friends of the Amato – a mixed age group summer performance that is open to adults and children ages 6 and up. 2019 marks our fourth Friends show, and we are happy to report it is still going strong, with more than 160 people of all ages auditioning!

Because we are always looking to expand our programs (and because between RYC and renters, the stage is almost always booked), in the summer of 2018 we purchased portable stage lighting, speakers, and enough adjustable pipe and drape to create our own pop-up blackbox theater, which we can place almost anywhere in the Club to make a new performance space over the course of a single weekend. This allows us to explore smaller or offbeat plays with limited casts, encourage audience interaction, and allow a less stressful space for new or student directors to hone their skills and try new projects. We opened the Second Stage series with The Complete Works of William Shakespeare (abridged) in the fall of 2018, closely followed by Almost, Maine in winter 2019 and are looking forward to many more plays, radio shows, and chamber musicals to come.

In summary, Riverbend is cherished in our community, largely due to our approach to the arts and the kids we see every day. We don’t just share a roof with the Boys & Girls Club, we share a mission statement as well: to enable all young people, especially those who need us most, to be great today and reach their full potential as productive, caring, responsible citizens tomorrow. We welcome kids regardless of background, prior experience, acting ability, or musical talent, and love seeing them grow and succeed through the arts.